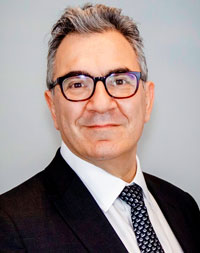 John Fellas is an independent arbitrator with over three decades of experience in international dispute resolution.

Until December 2020, John was a partner and co-chair of the International Arbitration group at Hughes Hubbard & Reed LLP in New York, where he practiced for over 30 years. He has acted as counsel and has served as co-arbitrator, chair or sole arbitrator in arbitrations all over the world, under all the major arbitration rules, and across a range of sectors.

John is recognized as a leading international arbitrator by all the major legal directories including Chambers USA where he is ranked as “one of the best—his reputation is phenomenal and deserved.”

In 2019, he was recognized as the Best Lawyer in New York for International Arbitration – Commercial by Best Lawyers. In 2020, he was identified as one of the “Global Elite Thought Leaders” in Arbitration by Who’s Who Legal, which noted that the “eminent” John Fellas is “an excellent arbitrator.”

John has practiced in both the US and the UK, and, in addition to being a member of the New York Bar, he is a solicitor of the Supreme Court of England and Wales (non-practising). He received a B.A. (Hons.) in law from the University of Durham, and both an LL.M. and an S.J.D. from Harvard Law School.